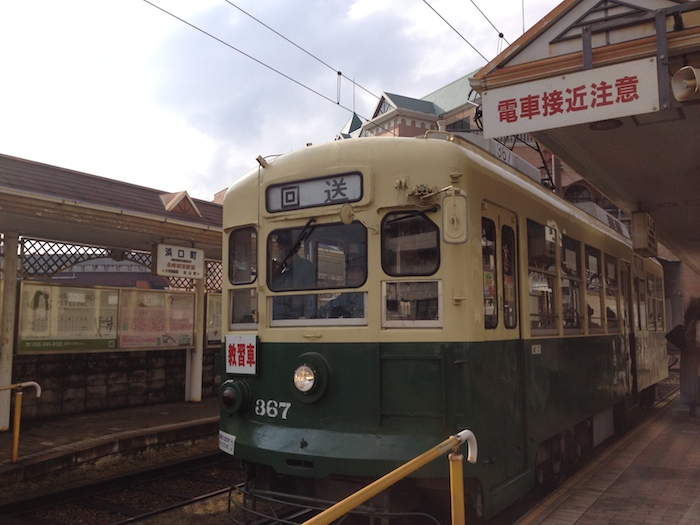 It’s been a while since my last post. I’ve been busy with new writing projects, editing work, travelling, moving to a new neighbourhood (south of the river, baby!), and a host of other things too trivial to mention. Some things, however, weren’t trivial at all. They were fascinating! In the spring, while visiting my wife’s family in Japan, the two of us slipped away for a couple days in Nagasaki.

The city sits on the coast of Kyūshū, the most southwestern of Japan’s four major islands. Sadly, it’s best known as the world’s most recent victim of a nuclear attack, but I assure you there’s much more to the Nagasaki of today. I found it to be a brilliant, rather quirky place to visit.

First of all, it’s a surprisingly multicultural city by Japanese standards, its proximity to mainland Asia giving it strong influences from China, Korea, and southeast Asia. Then there are the old signs, the vintage trams, and the dense architecture piling into the hills, all making the city still seem as if it has one foot in the early twentieth century.

What initially drew my attention were a pair of islands I had first read about ages ago in a Japanese guidebook. And at last I had the opportunity to see them for myself: 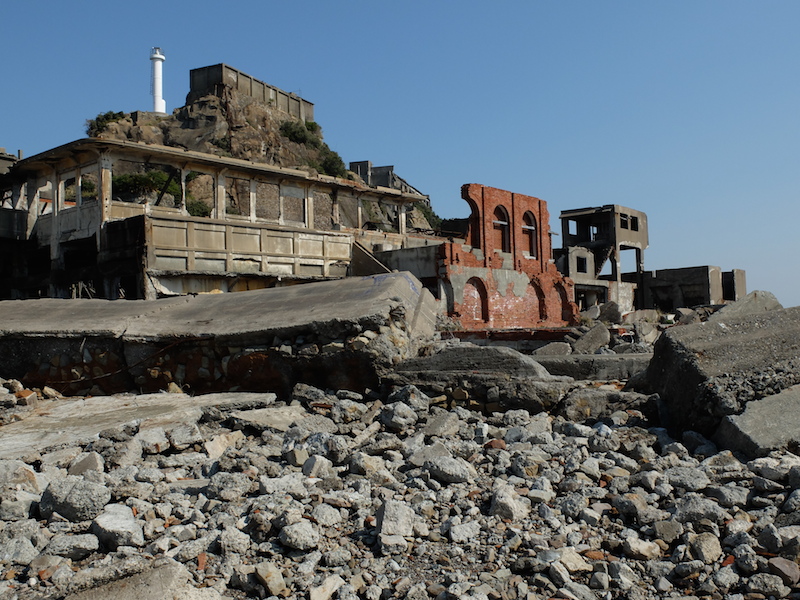 Gunkanjima. It was only abandoned in the 70s. Now look at the place.

If you’ve seen the James Bond film, Skyfall, you may remember Javier Bardem’s villain holds Séverine and 007 prisoners on a crumbling island, which (of course) serves as his secret lair. The setting was inspired by Hashima, a small island about 40 minutes into Nagasaki Bay. The island is nicknamed Gunkanjima, which means “Battleship Island.” At the end of the 19th century, it became one of Japan’s first coal mines, dug straight down into the sea.

For nearly a hundred years it provided a steady supply of coal until, in 1974, it suddenly ran dry and was abandoned. For much of the twentieth century it was the most densely populated place on Earth, with more than 5000 people living on a little over six hectares. That works out to over 216,000 people per square mile!

Such a fascinating place. 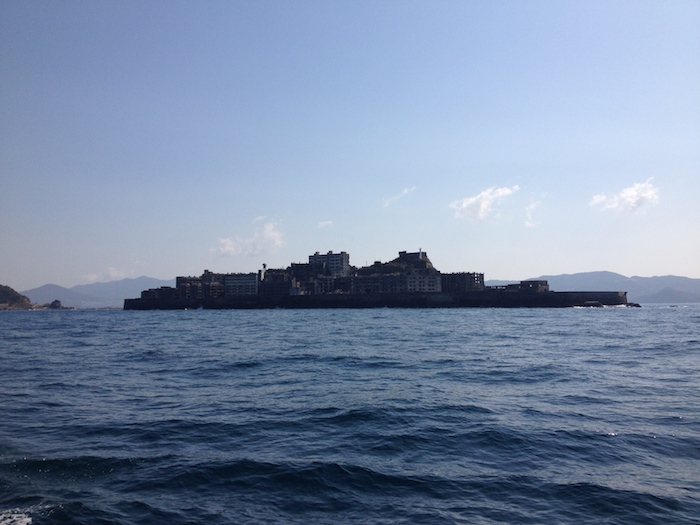 Here’s why they call it “Battleship Island.”

Prior to 1868, for the best part of 300 years, Japan’s government placed the country in self-imposed isolation from the rest of the world. During that time, the only people who had formal relations with the Japanese were the Dutch, and their relations were severely restricted. Only a small number of traders were permitted to live on a tiny manmade island called Dejima. It was barely the size of a 400m running track and, if you had a decent set of throat muscles, within spitting distance of the actual city. 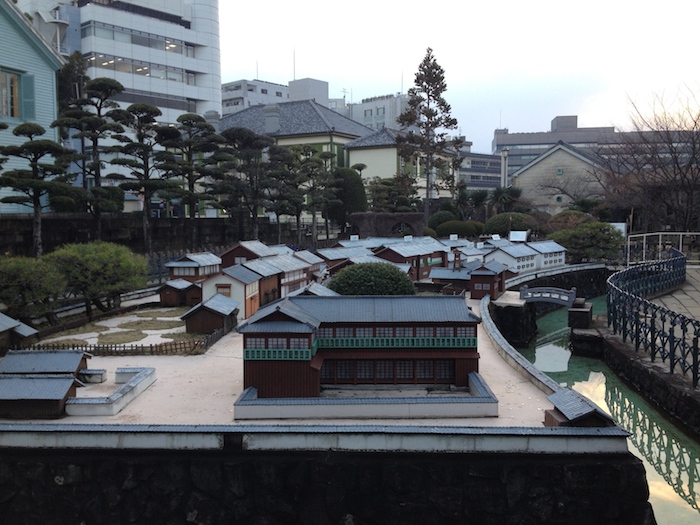 Dejima. Only for the Dutch.

Dejima means “Exit Island,” but in those days, departures of any kind were tricky. The penalty for crossing the bridge that separated the Dutch from the mainland was death. During the Napoleonic wars, when France annexed Holland and dissolved the country, Dejima was the only place on Earth still flying the Dutch flag.

Mind you, present day Dejima isn’t entirely authentic. Most of the original buildings were destroyed by fires and rebuilt. Today, most of them are replicas, catering to tourists. Even still, there’s little doubt it’s a rare and fascinating place to visit.

On a side note, for a moving and astonishing fictional account of the island, I highly recommend David Mitchell’s 2010 novel, The Thousand Autumns of Jacob de Zoet.

If a pair of out-there islands doesn’t interest you, here are some other reasons to visit: 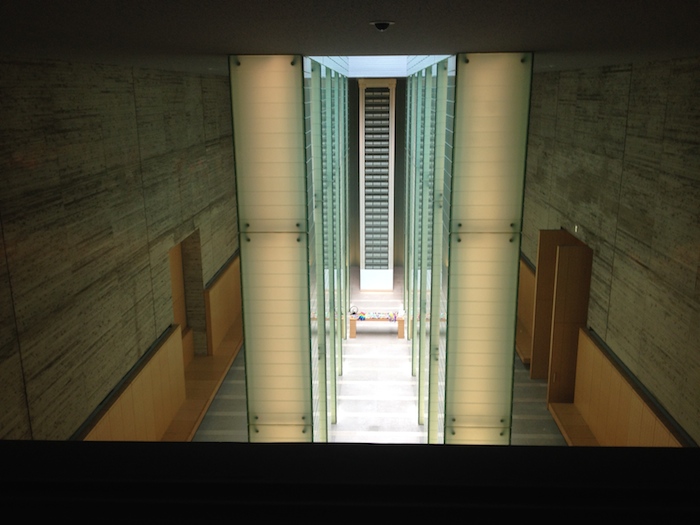 The underground memorial for the victims of the atomic bomb is deeply moving. 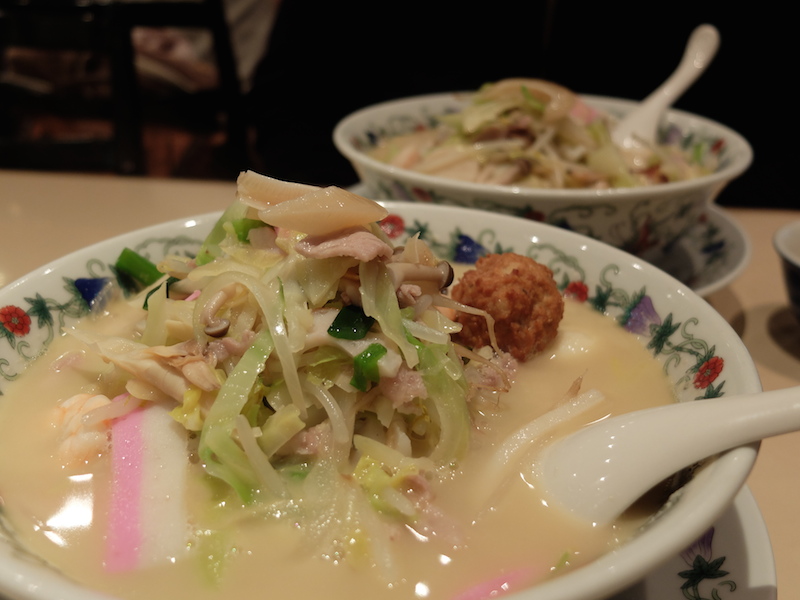 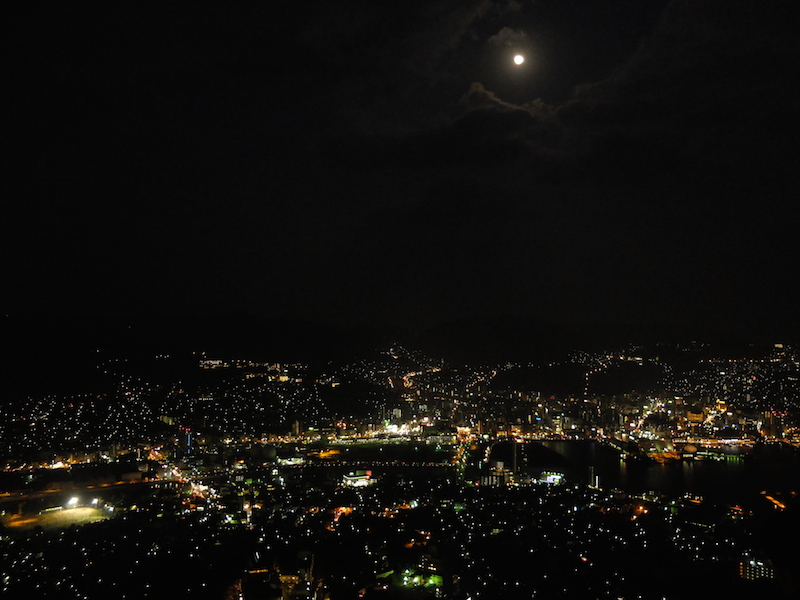 One of the “three best best night views on Earth”, along with Monaco and Hong Kong. The Nagasaki tourist board won’t let you forge it. 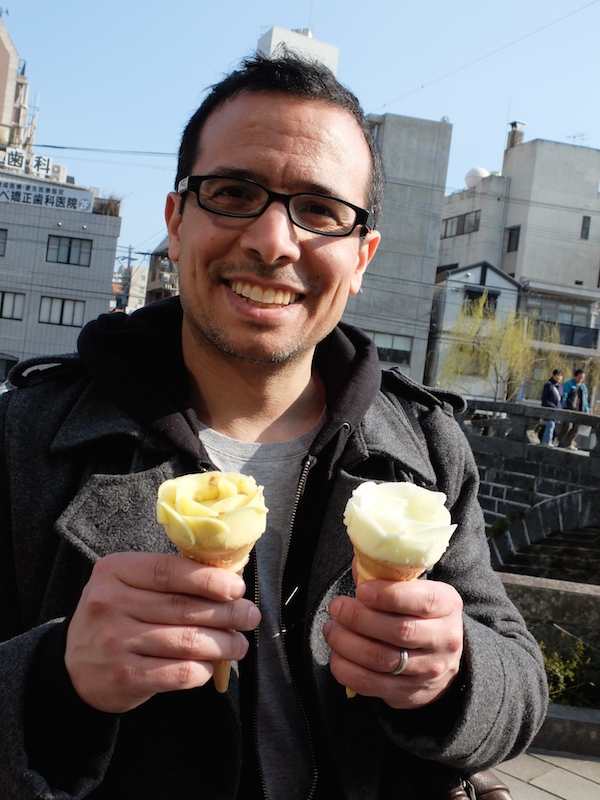 Who says no to floral ice cream? 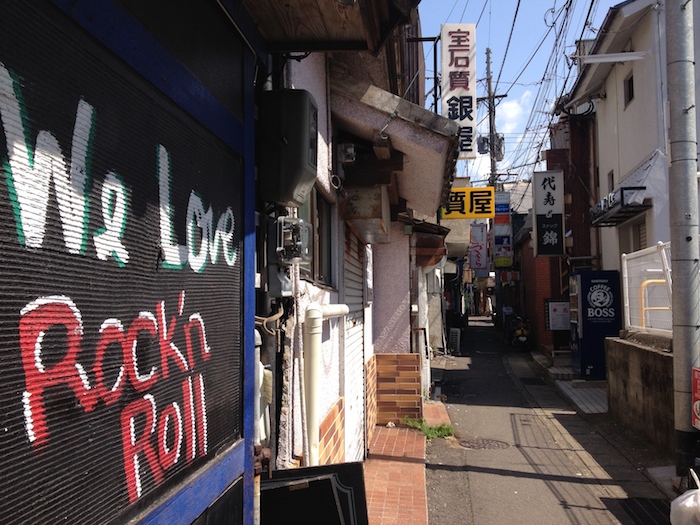