Today is the 20th of February 2018, which means: Happy Book Birthday to Sakura’s Cherry Blossoms! This is my first picture book, with illustrations by the Japanese-American artist, Misa Saburi. 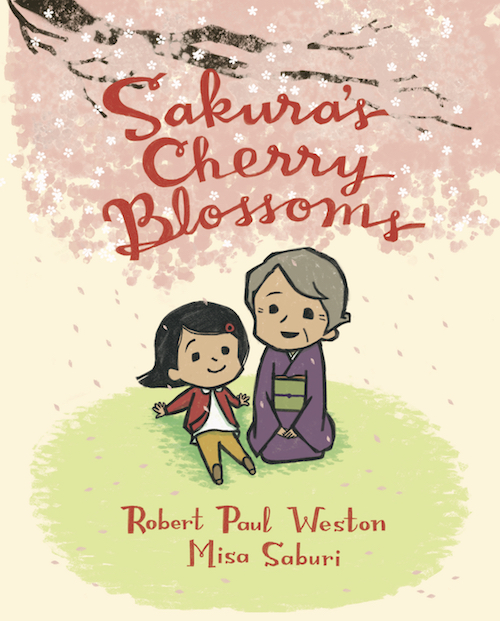 As some readers may know, I have many connections to Japan. In my twenties I lived there and my wife is from Kanazawa, sometimes known as “Little Kyoto”. I have a strong interest in Japanese history, language and philosophy, and since I was writing a seasonal Japanese story, it made sense to choose a Japanese poetic form. That form is called tanka.

To celebrate the publication of the book, here are five things about tanka poetry you might not know.

The earliest tanka poems were composed orally more than 1300 years ago. We know this because tanka is referred to as an already established tradition in the Kojiki, the oldest official written record of Japanese history, which dates from the year 712.

Tanka are customarily poems with 31 syllables (5-7-5-7-7). You can see the first three lines have the 5-7-5 form of the more well-known haiku. This is because the haiku was a modern development of its older relative, the tanka.

3. Tanka were used to tell stories

In medieval Japan, it was common for several poets to work together to write a series of linked poems, sometimes to tell a story. The first poet would begin by writing a single tanka, then hand it off to another poet, who would write a new tanka linked to the last. This continued until a longer poem or story was complete.

This kind of linked, communal writing often took place at a kind of “tanka party.” Poets would gather in an inspirational location (under springtime cherry blossoms, for instance), drink saké rice wine, have a picnic, and write their poems. Sounds like good fun to me!

Tanka poems are such an ancient and auspicious form of poetry that each year, members of the Japanese royal family compose a tanka to commemorate the passing year. Here, you can read English translations of the poems composed for 2012, the year following the Great East Japan Earthquake.

Hope one (or more) of those is interesting! I think tanka, with its longer length and rich history, is an ideal form to transpose to English. I believe it deserves as much recognition as its modern offspring, haiku.

Hopefully, Sakura’s story will help take one small step in that direction!

PS: Teachers and educators can pick up an excellent discussion guide here, with information about poetry, illustration, cherry blossoms and more!