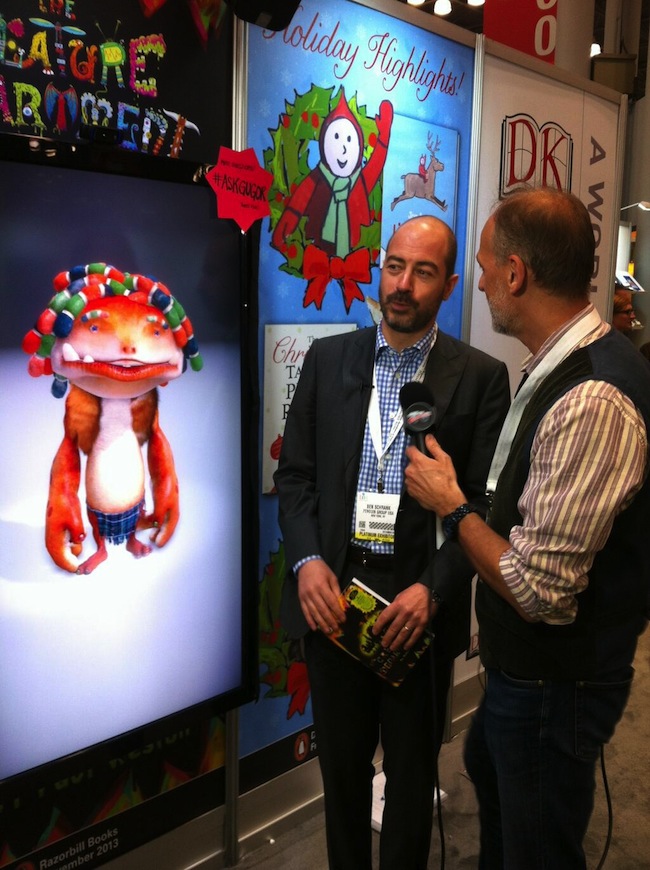 At the end of May, at Book Expo America 2013, people stopping into the Penguin booth had the opportunity to speak to one of the characters from my upcoming children’s novel, The Creature Department. The character in question was Gügor, who is a knucklecrumpler (of course).

If you don’t know what a knucklecrumpler is, think of something like an 8-foot salamander with colourful dreadlocks, usually dressed in little more than a tartan loin cloth (or just look at the pictures, below). Come to think of it, maybe it’s better if you read the book.

The cool thing about this incarnation of Gügor is that he’s a real-time CG project from Framestore, the amazing special effects company responsible for the artwork in The Creature Department.

Real-time CG means you can walk up to Gügor and say “Hello!” and he’ll say “Hi there!” right back. Or maybe just acknowledge you with a sheepish grin; knucklecrumplers are a bit shy, after all. In fact, you can carry on a whole conversation with the guy—in real time.

I’m happy to report Gügor was a big hit with anyone and everyone who stopped by! Here are some pics from Twitter (thanks to @RazorbillBooks, @Anthony13Rivera, @mwd320, @WunderElena, and @WunderCara for posting these). #AskGugor indeed! 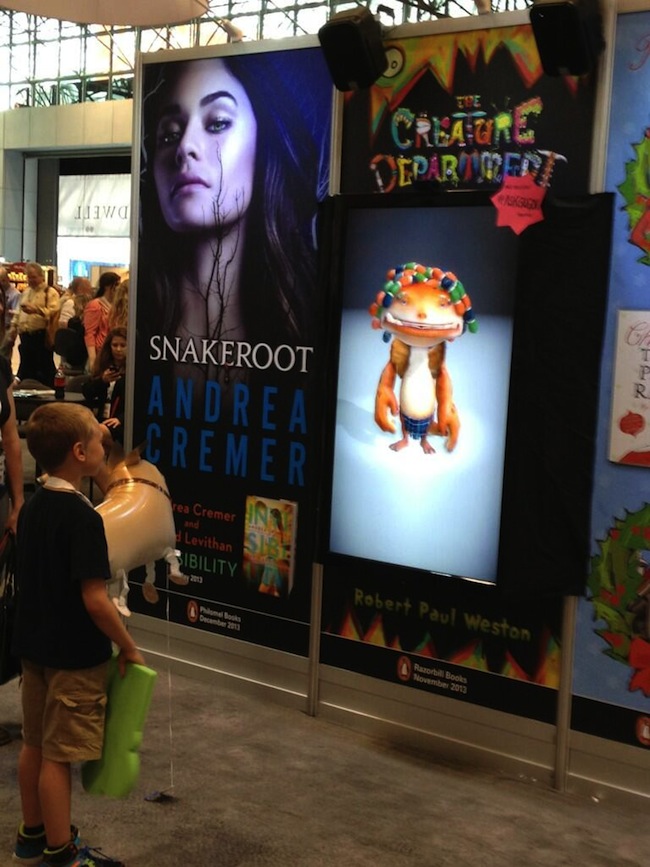 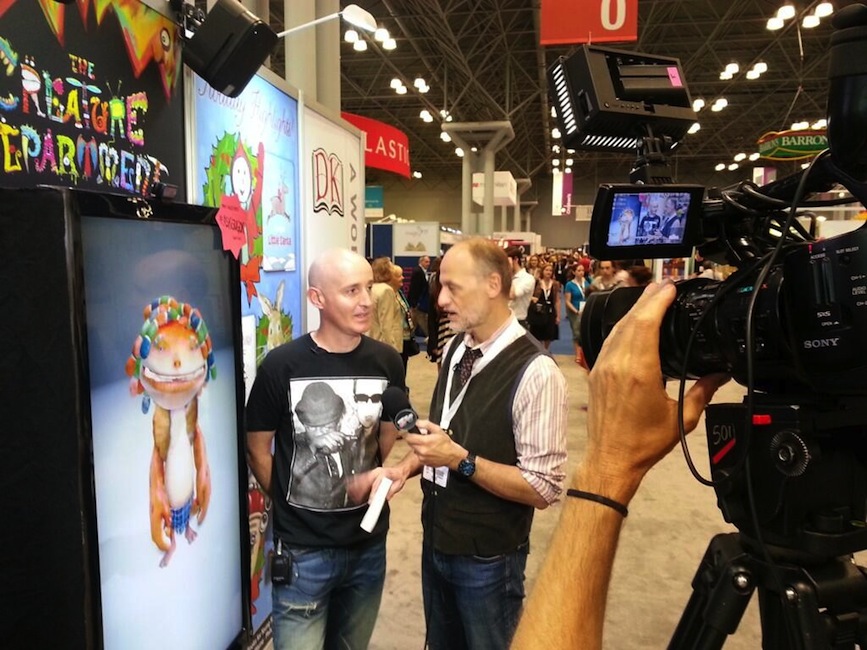 Finally, here’s a peek behind the curtain at how it was done: An actor speaks into a microphone, while facial recognition software interprets his expressions and transfers them to Gügor. At the same time, Gügor’s various body movements are executed by a game controller. Very cool! Hard to believe less than a year ago, he wasn’t even a figment of my imagination. 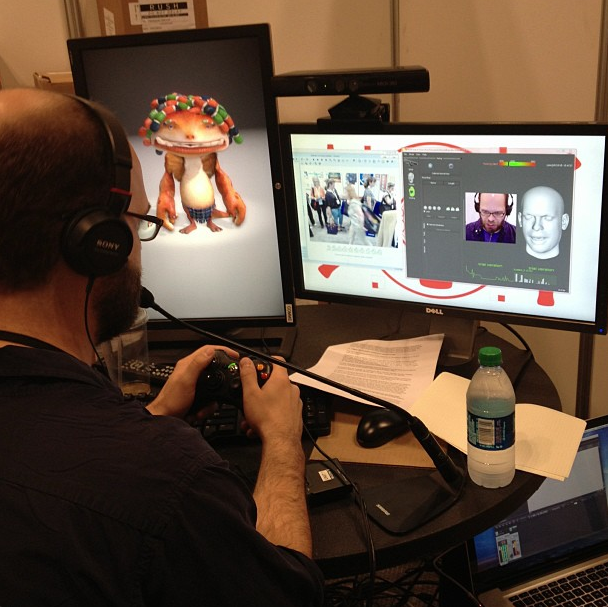