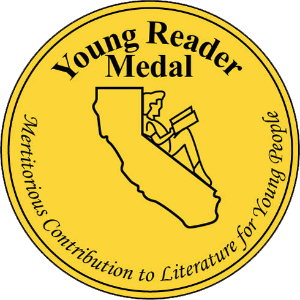 It was a great honour to win the California Young Reader Medal, one of the biggest and best reader-driven awards in the world.

I travelled to Pasadena to receive the award. Also in attendance were Cynthia Kadohota, whose book Cracker won in the middle school category, and fellow Canadian, Yvonne Prinz, whose book Vinyl Princess won the John and Patricia Beatty Award.

It was wonderful to meet them both. They both gave rousing acceptance speeches—especially Cynthia, who brought many of us to tears with the story a dog that inspired her book.

Yvonne Prinz also happens to run Amoeba Records in L.A. Earlier that same day, I had stopped into the store, been duly impressed, and yet had no idea I’d later meet the proprietor. Small world.

Another highlight was the centrepiece at our table—a Zorgamazoo tinker toy sculpture. Don’t see one of those every day. 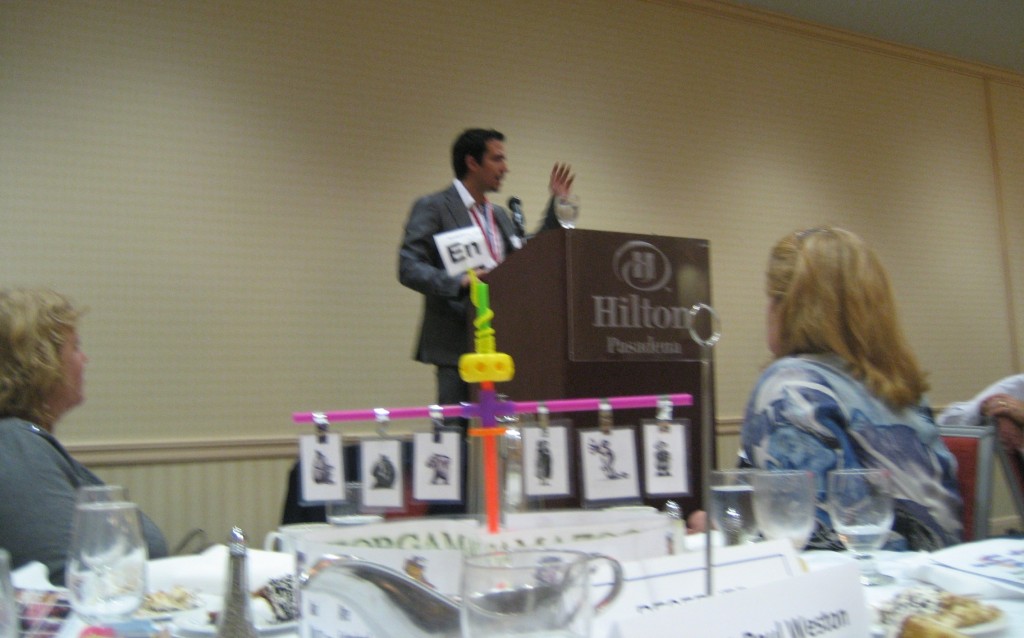 That’s E and N, as in the chemical symbol for Enchantium Gas. Just so you know.

Huge thanks to Lia Ladas, Myleen DeJesus, Brenna (the young girl who wrote and delivered my introduction), the California Library Association, and everyone involved in the awards. Finally, my biggest thanks of all goes to the book lovers and avid readers of California who voted for Zorgamazoo!